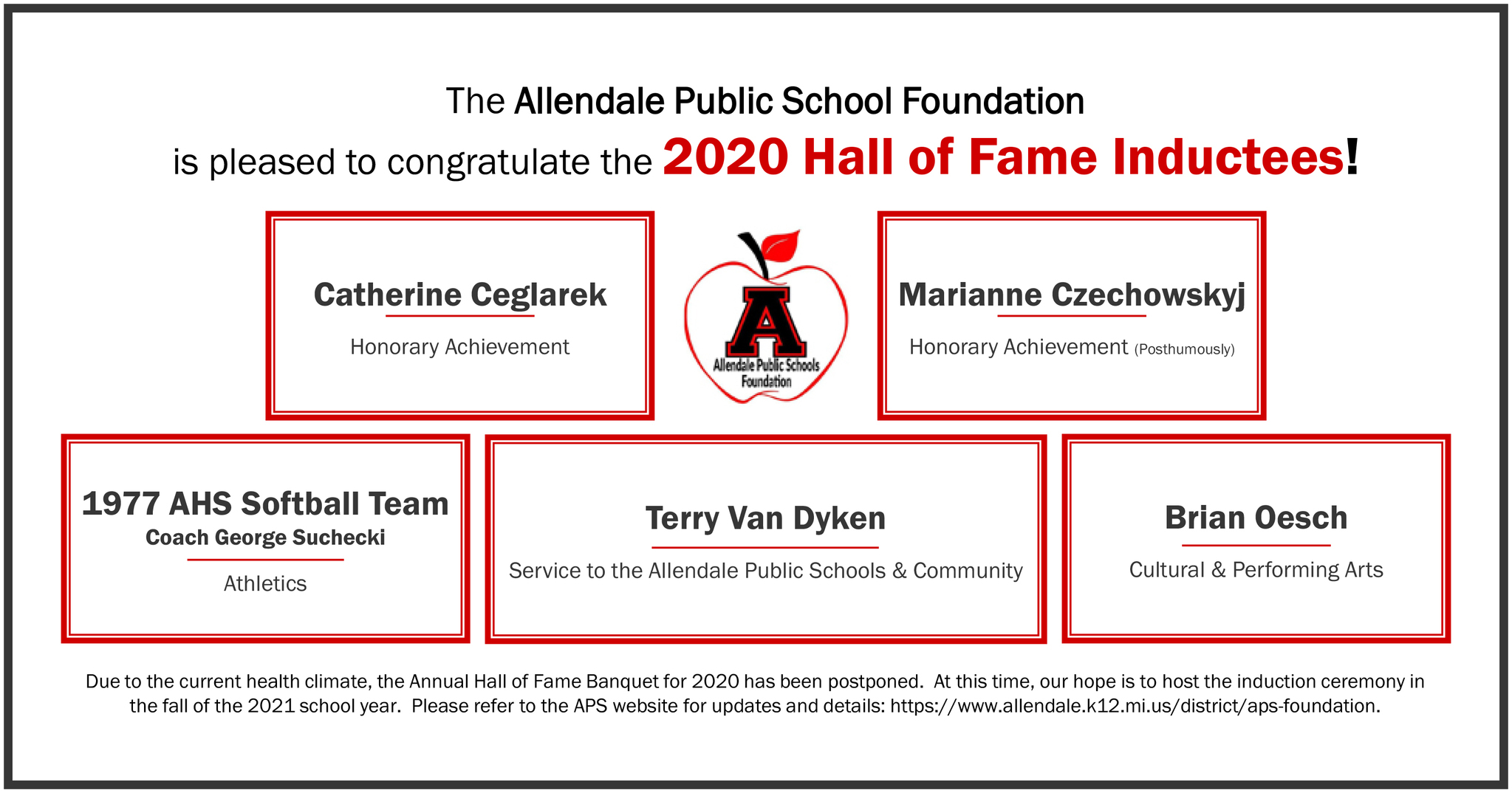 This year's honorees were:

“I am so very appreciative of the work that the Allendale Foundation put into creating such a meaningful and memorable event,” said Dr. Garth Cooper, Superintendent for Allendale Public Schools.

“Recognizing individuals who have taken their solid foundation in Allendale Schools and used it to excel in a variety of endeavors is amazing to see,” Dr. Cooper continued. “Hearing the stories from and about our five most recent inductees highlights the importance of hard-working and strong character.

“We at APS are not only proud of the five individuals chosen for induction into the Allendale Hall of Fame, we are thankful for the legacy of excellence they have contributed to and the standards by which they represent our Allendale community throughout the country and the world!”

APS Foundation President Mark Allen said, “The Allendale Public School Foundation is pleased to recognize this year’s Hall of Fame Inductees for their service to our schools and community along with their career accomplishments as Falcon Alumni.”

“This year’s Hall of Fame event was our largest to date, and we are looking forward to its continued growth, said Allen. Congratulations to all of the inductees!”